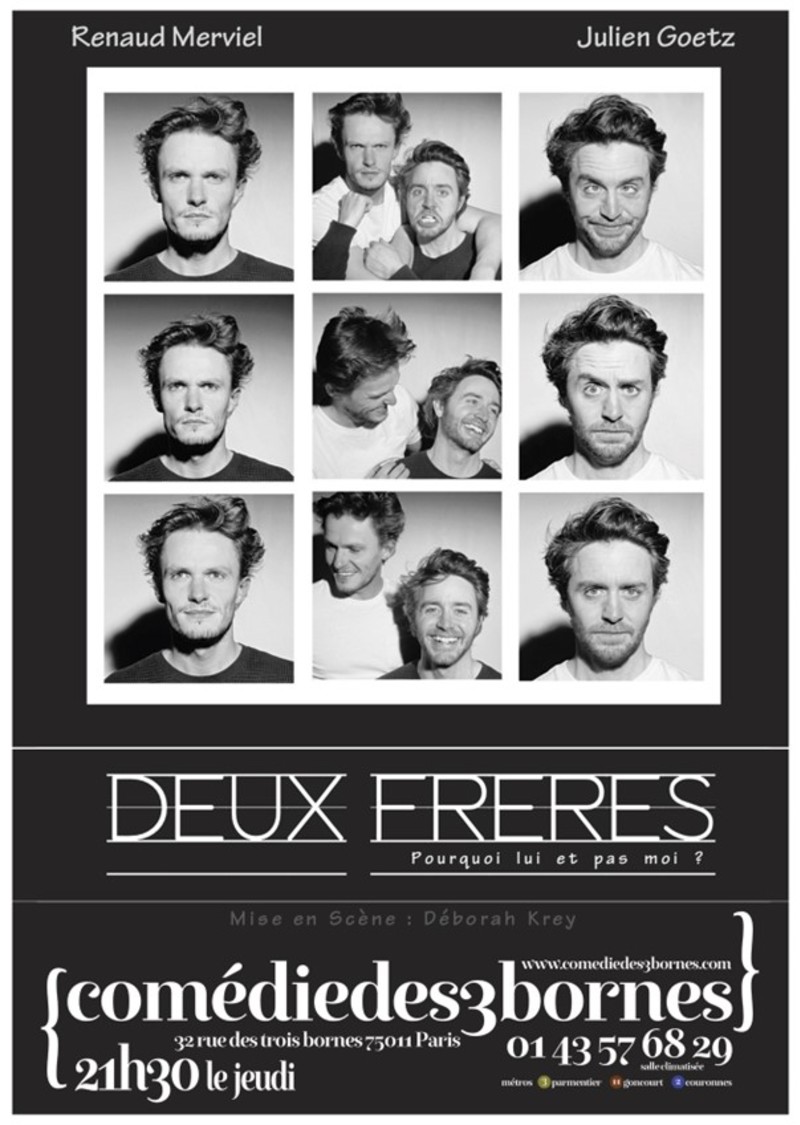 A moving play to rectify a childhood of violence
back
CultureSecretes Program "Two brothers": at the Comédie des 3 bornes

"Two Brothers" plunges you into the intimacy of a bourgeois family in which, at first glance, everything is fine. But underneath the good manners and the apparent calm, insecurity, violence and anger are rumbling.

More than a play, it is the story of Renaud and André. Two children who grew up under the same roof, in the same family, at the same time. However, Renaud - the elder - is regularly hit by his father, and André, not.

Here, the goal is to make the spectator feel the point of view of a child who grows up in violence. On his scale as a child, this violence is his normality. When he is born, it is what he learns first and, gradually, it becomes one of the pillars of his world. In second place comes injustice. The one lived by a brother who does not know the same fate.

Discover a secret that has remained well kept. A secret that has always united them. A secret that has made them unique, and that they come to share on stage. These two children, now grown up, will tell about their youth, their doubts, their fears, but also their games, their happiness and their dreams. Two points of view, two complementary views brought together by this paternal violence and its consequences. With you, Renaud and André will reconstruct the broken puzzle of their childhood, without restraint. They will give themselves up with all their being, with all that they are... Their joys and their sufferings. Those that were said as those that were kept silent. And, in passing, they will take you into their imaginary world. To go and see, beyond these pains, other dreams, other desires... There, where it is good to savor, together, the joy of being alive.

The Comédie des 3 bornes has existed for more than 20 years. Taken over by Anne Auffret, F

Your name will be on the list at the entrance