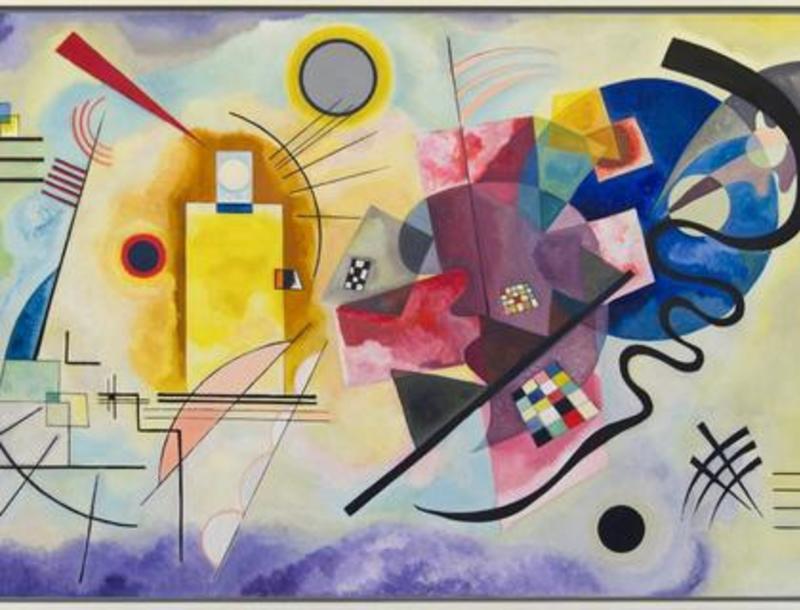 Discover the secrets of the theory of spirituality in creation.
back
CultureSecretes Program Vassily Kandinsky (1866-1944), painter of inner necessity

Dive into the complexity of the famous painter's mind during a Beaux Arts Magazine conference. With a passionate lecturer, learn to swim in the universe so particular of the pioneer of abstraction.

A true precursor of abstract art, Vassily Kandinsky is a major artist with an international career. During his life, he participated in the formation of several artistic groups that contributed to his art. The most famous of these was the Blue Rider group (Der Blaue Reiter) created with Franz Marc and other German expressionists. This movement contributed to the diffusion of modern art in society. In 1919, Kandinsky founded the Museum of Pictorial Culture and began a teaching career at the University of Moscow the following year. Leaving the Russian capital in 1921, he moved to Germany, then to France where he continued his work until his death on December 13, 1944 in Neuilly-sur-Seine, France.

The will to transmit his knowledge has always been present in the artist. Moreover, more than a painter, he is an art theorist, and wrote two books of reflections on painting. The first one: Du spirituel dans l'art in 1911 in which he theorizes the principle of inner necessity, advocating the primordial role of spirituality in artistic creation, then Point et ligne sur plan which appeared in 1926.

In order to have a small idea of the thought of this painter, here is an extract of his recommend

A Zoom link will be sent to you before the event.

Buy
Install CultureSecret's app for free on the app store