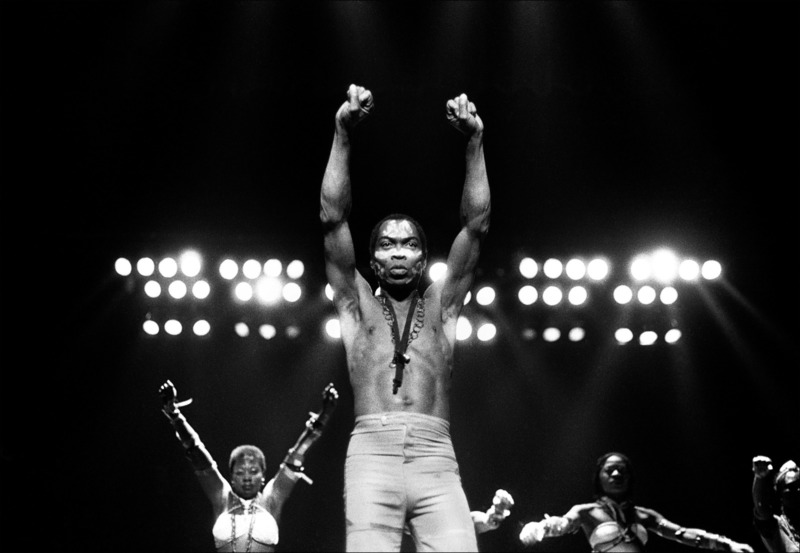 "You Africans, listen to me as Africans. The rest of you, keep an open mind."
back
CultureSecretes Program Fela-Kuti. Afrobeat Rebellion

The Philharmonie de Paris and the Musée de la Musique have decided to pay tribute to the figure of the "Black President" by bringing him to the heart of the museum space, for the first exhibition in Europe devoted to the musical and political work of Fela.

At the turn of the 1970s, the Nigerian musician Fela Anikulapo-Kuti (1938-1997) gave birth to "Afrobeat", a cosmopolitan musical style drawing on many sources: from Yoruba rhythms to free jazz, from West African highlife to African-American funk. If his songs are particularly galvanizing, they are far from being carefree: Fela uses his music as a weapon to tirelessly denounce the corruption of the political and economic elites, the brutality of successive Nigerian regimes and the neo-colonial mentality.

The exhibition revisits Fela's journey by closely blending the artist's energy and musical creativity with his political thought. Discover for the first time some thirty of Fela's shimmering costumes, specially brought from Nigeria, and numerous unpublished photographs and archives that offer an insight into the world of the "Black President".

The enveloping scenography, like the repetitive rhythm of Afrobeat, allows you to immerse yourself in his story.

Your tickets will be sent to you by email on working days.

1 ticket is valid for 1 person.