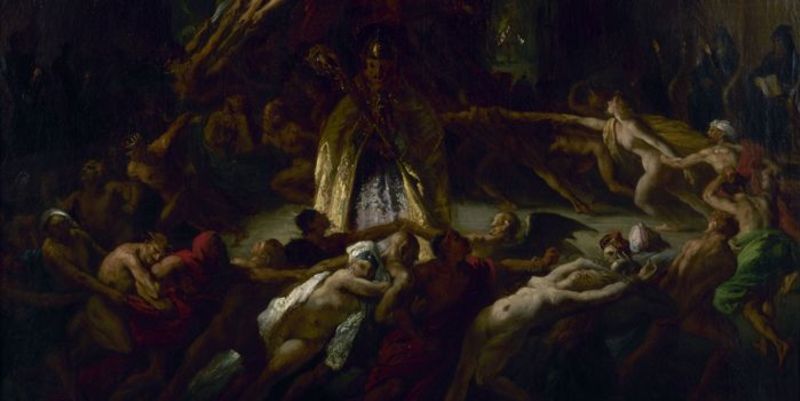 Admire the retrospective devoted to the work of Louis Boulanger, whom Victor Hugo called "my painter".

The House of Victor Hugo has established a cycle of programming dedicated to painters close to the author. Today the exhibition is dedicated to Louis Boulanger (1806-1867).

The artist is, of all the painters of the romantic cenacle, the closest to Victor Hugo. His friendships with a number of artists and writers such as Alexandre Dumas and Balzac, who dedicated La Femme de trente ans to him, and his complicity with painters such as the Devéria brothers, Alexandre Colin and Eugène Giraud made him a central figure of the period. With the great success of his Mazeppa at the 1827 Salon, he became one of the focal points of his generation, and is often referred to as "the painter of Mazeppa". Yet his work is rich and diverse. A champion of Romanticism, Boulanger explored the entire spectrum from frenetic and violent visions to lighter literary subjects. He tackles all techniques, giving his letters of nobility to the brand new lithography and gives a monumental power to the watercolor whose fashion comes from England. He was the first to design theatrical costumes and thus contributed to the creation of the visual identity of the romantic drama.

Do you know how close Louis Boulanger was to Victor Hugo? It is said

1 ticket is valid for one person.

A paper ticket will be sent to you by post on working days.