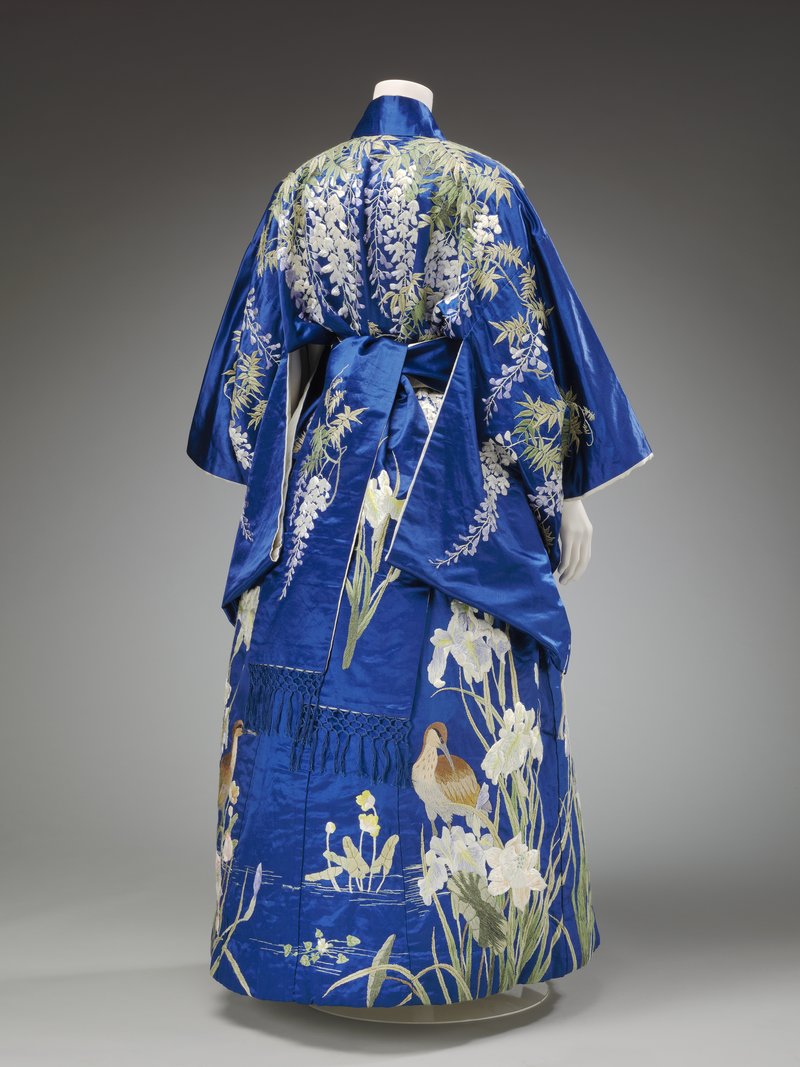 EXPOSITION : The Kimono in the spotlight at the Musée du Quai Branly

An exhibition dedicated to the emblematic Japanese garment
back
CultureSecretes Program EXPOSITION : The Kimono in the spotlight at the Musée du Quai Branly

Discover "Kimono", an exhibition on this emblematic Japanese garment, at the Musée du Quai Branly. Through a journey of nearly 200 kimonos, clothing inspired by the kimono and associated objects, some of which are exhibited for the first time in France, the exhibition traces the history of this garment since the beginning of the Edo period - in the 17th century.

While highlighting the aesthetic, social and sartorial importance of the kimono, the exhibition underlines the great dynamism of a garment that has been perceived for too long as traditional and unchanging, but whose influence on contemporary and globalized fashion has been major since the 17th century. An iconic garment, the kimono is probably the ultimate Japanese symbol, revered in Japan as the embodiment of national culture and sensibility, and considered internationally as a fascinating fashion object. Its symbolic status and its unchanged form over many centuries give it an image of a traditional, timeless garment. This exhibition chooses to reverse this vision to highlight both its fluidity and its ability to adapt to fashion, both in Japan and elsewhere. Or how the kimono becomes an emblem of a Japan that influences the world and lets itself be influenced by it.

The exhibition presents rare and remarkable pieces, including a kimono created by Kunihiko Morigu

Until May 28
Tuesday, Wednesday, Friday, Saturday and Sunday from 10:30 am to 7 pm.
Nocturne on Thursday until 10 pm.

A paper ticket will be sent to you by post on working days.

A reservation is valid for 1 person